On 30th September, volunteers woke up early to prepare for the largest volunteer initiative done in Sunway Campus called the Bandar Sunway Earth Warriors, a massive clean-up project. This initiative is birthed by Great Heart Charity Association (GHC), joining together with Sunway Student Volunteers with the support of JKP Zone 2 (Resident Association Zone 2). The morning started with a dance performance and then an exercise session to get the people warmed up. The opening ceremony started right after, beginning with a speech from YB Hannah who shared about the importance of such an initiative. 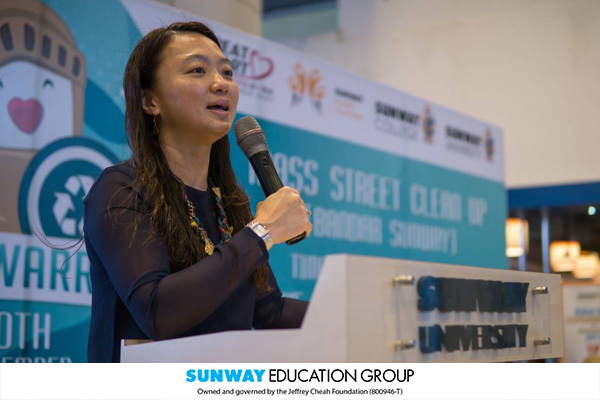 After that, Dr. Elizabeth Lee, our very own Senior Executive Director, went up to share a few words, mainly to emphasize on the importance of students being part of volunteer projects and initiatives.
And lastly, Mr Yuen, the VP from GHC shared his thoughts and aspirations on the project and thanked each volunteer for supporting the initiative. 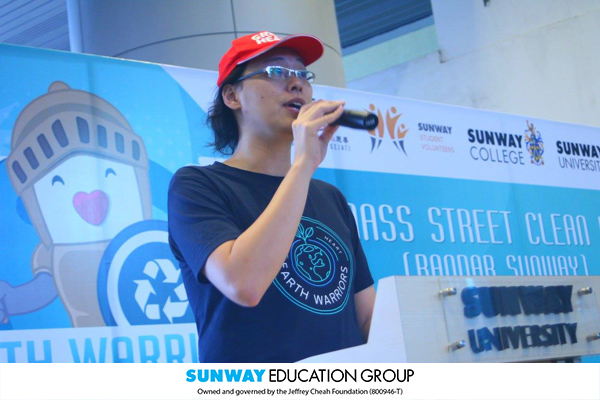 Dr. Elizabeth was then invited up to pass out the different coloured flags to the project leader to signify the start of the activity. After taking a group picture with everyone involved, all 514 volunteers were then separated into their respective routes and head off to their mission. 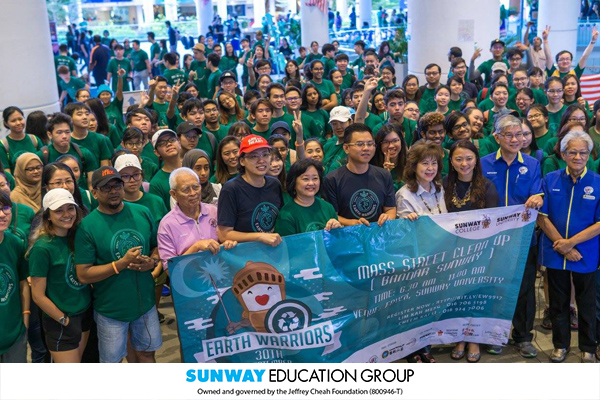 The volunteers were mainly made up of the Sunway student community, and the others that joined in were people from the NGO, the sponsors, and some came from the residential area in Bandar Sunway. It was good to see a mixture of young children, students, adults and families join hands together to make this a cleaner city. Besides that, a group of volunteers were also at SMK Bandar Sunway to run the Earth Warriors initiative with students and teachers there. 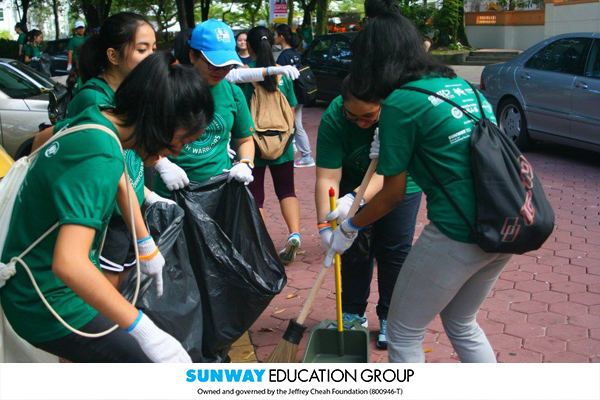